With the ZenPad Tablet announcement just around the corner, it looks like Asus Philippines is hoping to move all it’s old Nexus 7 2013 stocks.

An announcement from ASUS PH’s facebook page indicates that until July 30, the Nexus 7 LTE models (2013 version) will drop price to Php7,995 for the 16GB variant while the 32GB is now at Php9,995. Asus will also be throwing in a Travel Cover worth Php795 at no extra charge.

The official units are available in all GigaHertz and Villman stores nationwide until July 30. 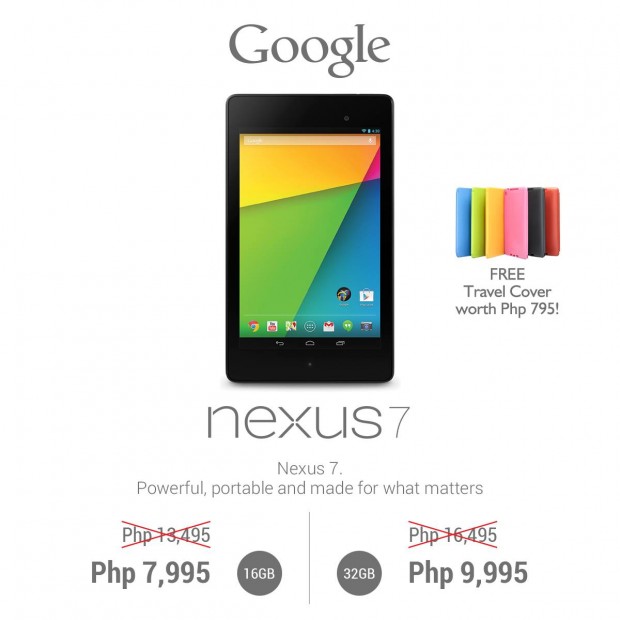 There’s also an ongoing contest on the facebook page where Asus will be giving away one Nexus 7 (16GB) to a lucky commenter.