The tubes are now abuzz with news of the Google Phone. Techcrunch reported that the much awaited Google Phone is currently under active development. According to the TC post, the phone will have a very fast Snapdragon processor, will have voice to text built-in, and is basically going to be an Android version of the HTC HD2.

Techcrunch broke the news this morning that the mythical Google Phone was caught out and about (maybe its roommate, the Apple Tablet, asked it to pick up some milk?). According to Techcrunch, the phone is “really, really fast”, will have a Snapdragon processor, will have voice to text built-in, and is basically going to be an Android version of the HD2.

Ok, so the Google Phone is in fact coming. Here’s what the hardware (with a peek at the Android screen) looks like: 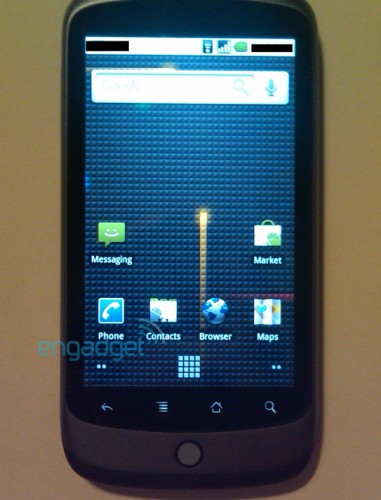 The Nexus One AKA Google Phone. Anything specific about it? Well first, we know that it’s going to be manufactured by HTC, it’ll be running the latest Android build and it’s going to be sold by Google (yes, they’ll be selling the units themselves!). No word on specs, pricing and availability as of yet but yeah, it’s coming 😀

Below is a video of the phone’s boot animation

[pic via Unlocker and Engadget] 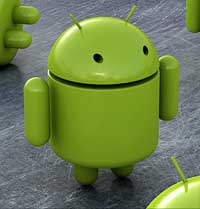