First up, the company is letting users scale the user Windows 8.1 user interface up to 200 percent of its normal size. This makes text, buttons, and other graphics larger than they would be if displayed at their native resolution.

Earlier versions of Windows offered 125 percent and 150 percent settings, but Windows 8.1 will be the first that allows for full pixel-doubling, which should lead to better looking graphics on ultra HD displays (also known as 4K, or 3840 x 2160 pixels).

Windows 8.1 will now scale up to 200 percent of it’s original size which should lead to better looking graphics on ultra HD displays (4K or displays with 3840 x 2160 pixels). In addition to the pixel-doubling, Microsoft says it will also support per-display DPI scaling will will allow you to maintain the scale of your displays even if your multiple monitor setup has different resolutions. 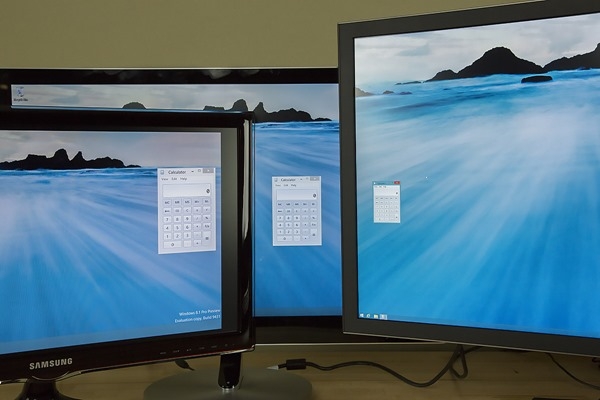 Windows 8.1 will be released as a free update to existing Windows 8 users sometime this fall.