Samsung has finally spilled the beans on its long-awaited tablet computer, the Galaxy Tab, during a press conference at the IFA consumer electronics fair in Berlin.

The Galaxy Tab is referred to as a “smart media device,” that boast specs you’d expect from a high-end smartphone: Android (Android) 2.2 support, a Cortex A8 1 GHz processor, 512 MB of RAM and 16/32 GB of internal memory with the possibility of upgrading through microSD memory cards. 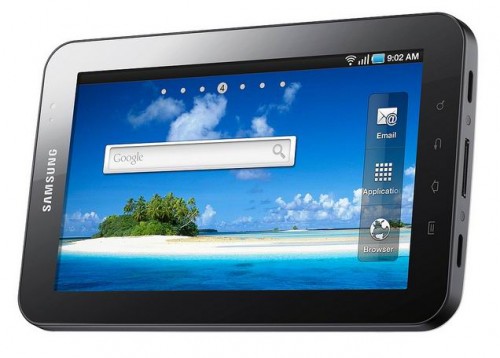 The Galaxy Tab houses a 7-inch TFT-LCD display with 1024×600 pixel resolution, a 3-megapixel camera with autofocus and LED Flash plus an additional front-facing 1.3-megapixel camera for video chats as well as Wi-Fi and 3G connectivity.

Interested yet?  The Galaxy Tab has offers a full multimedia experience by offering two cameras, supports Flash and a wide variety of multimedia formats, including DivX, XviD, MPEG4, H.263 and H.264

Samsung’s upcoming tablet will be first released in Italy in mid-September and some time after that the United States. The Galaxy Tab will be priced from $200 – $300 and will be available via partner carriers