AMD is doing quite well with the GPU market thanks to ATI’s lead in DirectX 11 parts, the Radeon 5000 series. As always, ATI’s offerings have offered the best price to performance ratio across all models of their GPU line (unless of course you include the just released Nvidia GeForce 460).

According to Mercury Research’s latest market share report for Q2 2010, AMD’s has taken the lead over Nvidia. 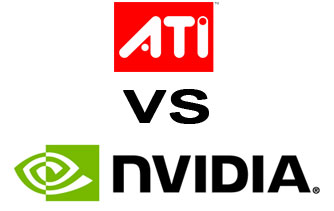 For the first time in four years, AMD has taken control of the discrete graphics market from Nvidia, with 51.1% market share, up 10.4 points from Q2 2009. In that same period, Nvidia lost 10.4 points.

In the lucrative Desktop discrete market, AMD gained 11 points in the year, standing at 44.5% market share. This was a direct loss for Nvidia, who fell 10.9 points in the same period.

Nvidia has 48.9 percent of the discrete market (no doubt thanks in Part to Apple’s decision to use their chipset on their MacBook and MacBook Pro products) but it’s a trend that AMD hopes to tip over.